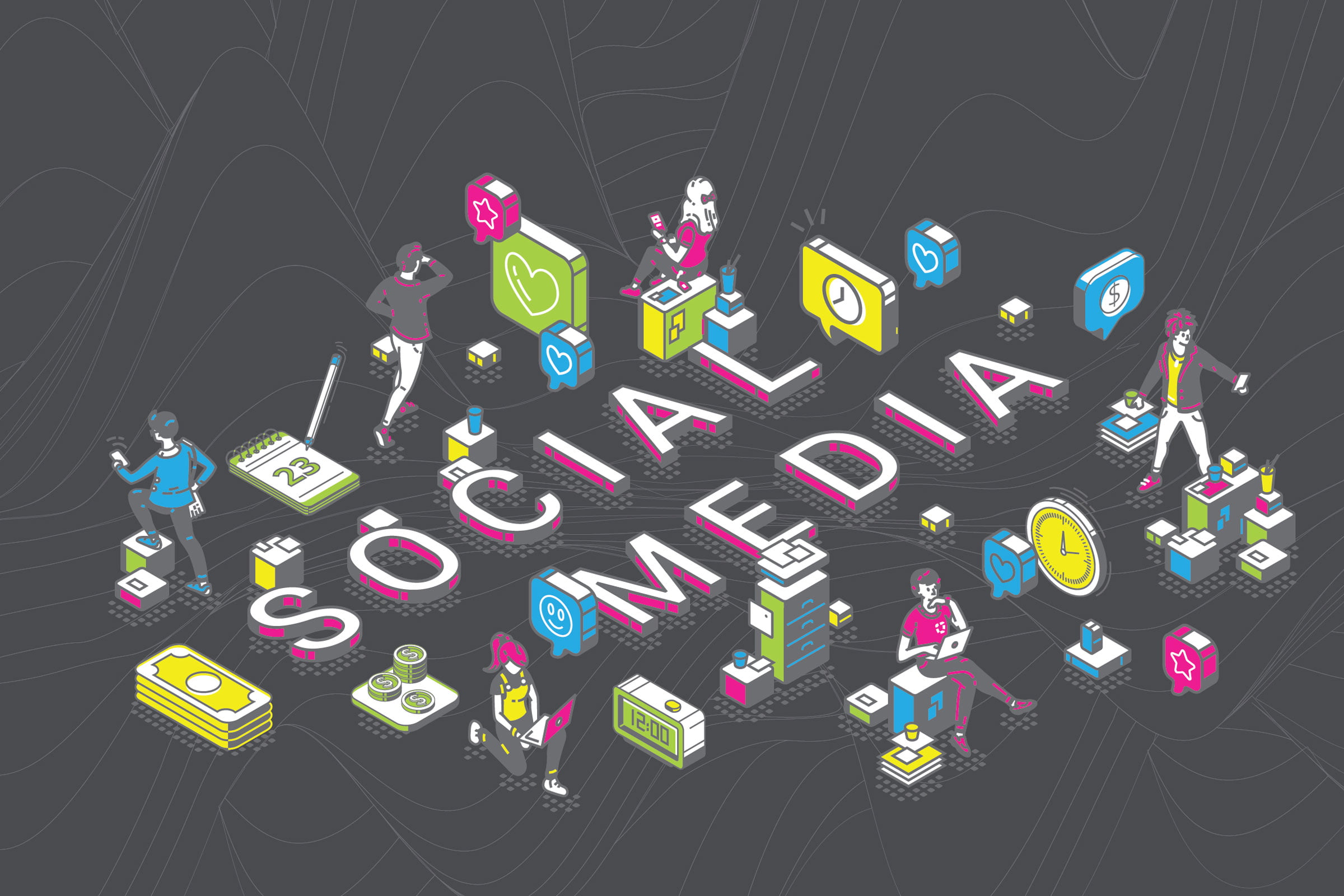 The incredible strength of social media is its influence. Social media offers an avenue for businesses and people to engage with each other and influence a wide range of users with the correct content, which will end up in making a decision.

Interestingly the effect of social media does not stop online. It is a part of a much bigger scope, and although social media platforms are there to create a certain buzz about a specific topic, overall, the power that they generate will establish word-of-mouth advocacy.

Iranian social media users are also increasing significantly. These channels are becoming an undeniable part of Iranians’ lives, which is why Zigma8 decided to explore and uncover Iran’s social media reports, spending time and money which has a vital role in marketing and advertising plans.

Today, Iranian netizens use information, communication, and technology creatively to expand economic, cultural, and political boundaries. That is why the advent of the Digital Age and social media and messaging apps have somehow changed Iranian digital users’ lives. According to Datareortal, every Iranian over the age of 15 on average everyday spends about 64 minutes on social media platforms. It reported 59.16 million internet users in Iran in January 2021, and this number increased by 739 thousand between 2020 and 2021. Also, there were 36.00 million social media users in Iran in January 2021, which was equivalent to 42% of the total population of Iran in January 20201.

Another report by that start-run Islamic Republic News Agency (IRNA) showed that the mobile penetration rate in Iran is more than 155 percent since some Iranian digital users use more than one cell phone. Also, the use of internet-connected mobiles has increased in the past two years due to a pandemic.

Marketing and Most Popular Social Media Platforms in Iran

Although there are no clear statistics on the number of Iranian digital users, the Iranian Students Polling Agency (ISPA) published that around 73.6% of Iranians over eighteen years of age use social media and messaging apps in February 2021. Some internationally popular social media platforms are blocked in Iran, such as Facebook, Twitter, YouTube, and Telegram. Still, Iranian social media users have access to them via virtual private networks (VPNs) and different proxy services. In detail, 64.1% of users use WhatsApp, 45.3% use Instagram, 36.3% use Telegram, 3.3% use Facebook, 2% use Twitter, 0.3% use LinkedIn and 0.3% use TikTok.

The Beta Research Center (BRC) is an Iranians Organization that analyzes social media and messaging app use and theory reported Persian Telegram channels post five hundred million posts a year from their 49% million users, Instagram users publish one billion content posts annually from the 48 million users. There are more than 50 Instagram accounts with more than 3 million followers and more than seven hundred accounts with more than one million followers.

This year, there was a 12 percent increase in the number of Iranians using social media–65 percent are above the age of fifteen. 68% of these users use Instagram, and 88% of them use WhatsApp. The famous social media figures are mostly political, artistic, cultural, lifestyle, and sports. Like any online users elsewhere, Iranian social media users use social media in various ways, including for commerce, entertainment, political and cultural pursuits.

Millions of Businesses Are Using Social Media Platforms in Iran

Iranians have been using social media more readily due to the coronavirus pandemic. As a result, the business has multiplied online since consumers spend most of their time exploring different platforms. Accordingly, more than 80 percent of online purchases in Iran are one messaging and social media apps, especially Instagram and Telegram.

One of the great things about this news is that Instagram gives Iranian women who may not work outside the home due to traditional mindset or family obligation the opportunity to start a business.

It is worth mentioning that 83% of online businesses, besides offering goods and services on a website, also use Instagram, Telegram, and WhatsApp for sales. For that, there is no wonder that more than eleven million Iranian jobs are dependent on social media networks.

Instagram influencers in Iran use their accounts for sponsorships, marketing products, and other advertisements. The highest number of followers on Instagram belongs to content such as food influencers, video game streaming, lifestyle blogging, Instagram marketing, entertaining videos, and online shops. Some Iranians use this platform as paid advertisements. Others use it as a free promotional space for dentistry, beauty, and design services.

The Importance of Social Media Marketing in Iran

The truth is that social media -if used strategically- is the most powerful form of digital marketing in Iran as well as market research. Social media in Iran is a platform for actual work, and the art of social media marketing is to understand the best places to put in that work so a business can get results.

Social media has become the primary source of news, and this is owing to its ability to deliver real-time updates globally. Individuals with large followers, sharing news, articles, and opinions, have a big impact because followers are more likely to trust the people they are following on those platforms.

With all this in mind, social media platforms in Iran are one of the greatest tools that companies and businesses can use to show authenticity as well as transparency. These platforms are marvelous choices for the first pillar of social media marketing in Iran to build relationships with consumers in a more friendly manner. In Iran, social media platforms will allow different businesses and companies to show their customers that they are not a fly-by-nighter. They can be trusted as they are at the top of their industry.

If you are a brand today, having a strong social media presence is crucial. These platforms provide great features to each of your target customers. They help you improve your brand awareness, create a cohesive social media marketing strategy, and drive valuable traffic and conversion. The only way to reap the many benefits of social media is to grow and empower your online presence. Zigma8, the multi-award-winning marketing agency in Iran, can help you build a unified identity to put it out there from the strategy to content creation and social media management. Zigma8 provides you with 360-degree digital services. Our data-driven marketing plans in Iran are your stairway to unlimited success. Hit us up if you are about to enter the competition. Why social media marketing in Iran, can help your business?