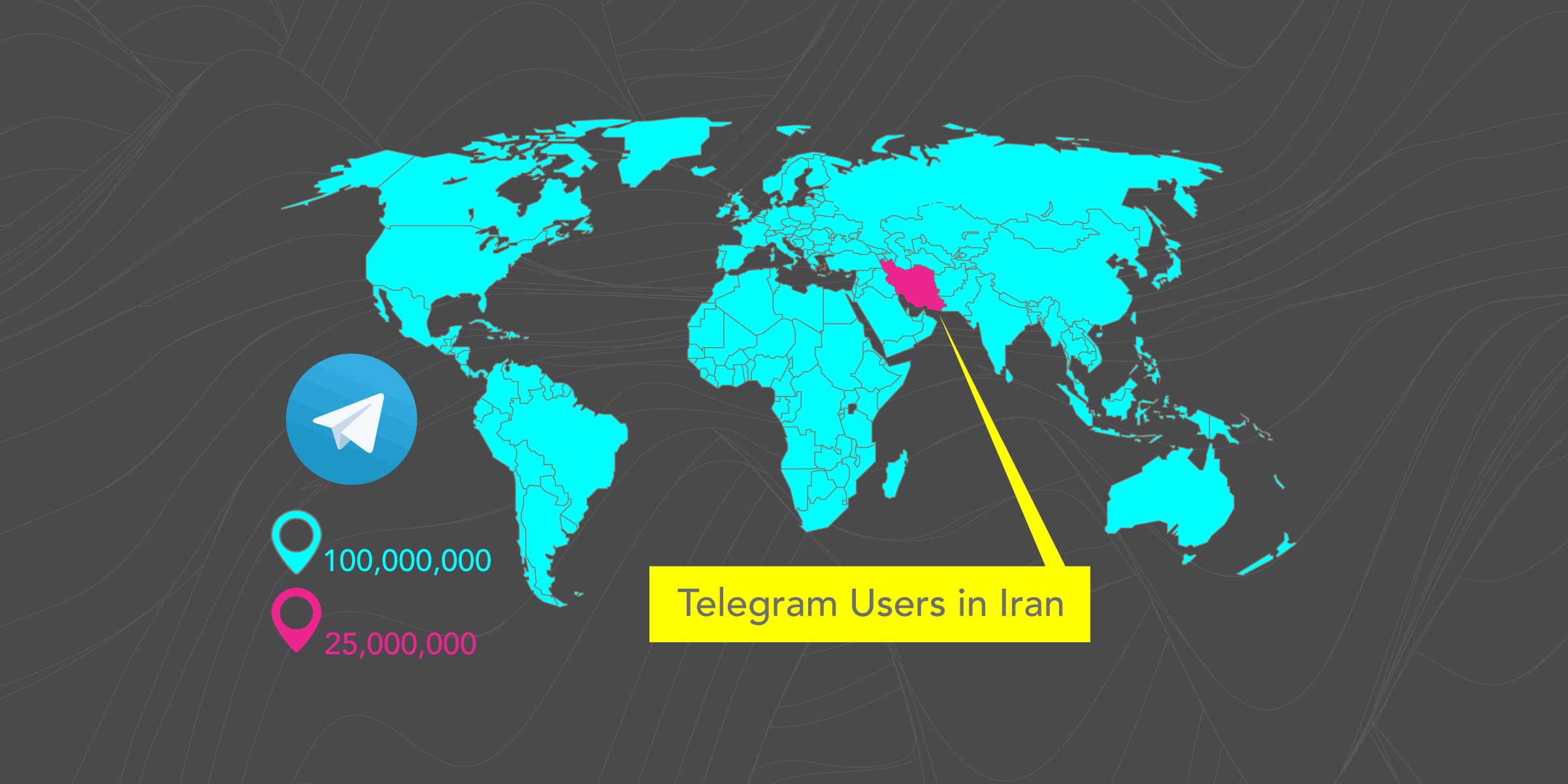 How to advertise on Telegram in Iran

Telegram messenger is a messaging app in the the very loosest of terms. For Iranians it has become many things to many people. For some, a source of daily news through the various channels; for others, a means of entertainment with its inbuilt gaming; for businesses, a way to collaborate, and for youngsters… well, there’s “secret chat”. For brands in Iran, Telegram has fast become a must-have media in the mix, and has dramatically changed their relationships with their consumers. But with this relatively new and constantly evolving app, how can brands make the most of this highly effective and efficient way to reach their audiences?

In early 2016 Telegram boasted 15 billion daily message via it’s 100 million monthly active users. Also around that time the semi-official ISNA news agency in Iran estimated that at least 20 million Iranians are Telegram users, meaning that Iranians accounts for 20% of it’s users – second in number only to America. The app’s rise to dominance came from a mixture of WhatsApp being block for a period, and advantages over competitors such as Line and Tango. The biggest advantage for Iranian users is that it’s cloud-based, meaning that precious storage space isn’t used up on users’ devices, which also means that messaging can happen a lot faster.

For top Iranian branding and advertising agencies like ourselves, Zigma8, we are no stranger to the new-found power that Telegram provides, certainly as a direct marketing tool. Telegram logos are now a common part of the communication icons placed on the packaging we make, the billboards adverts we put together and the concluding shots of television adverts we create. Having said that, adding a company’s Telegram channel information to an advert may help a brand look very modern and approachable, but keeping the many visitors that are attracted to it is not an easy task. In this sense, Telegram is a bit like the social media platform Twitter, but unlike Twitter, Telegram advertising messages appear beside your friends and family’s personal messages. Although Iranian users can often be comfortable blending the promotional with the personal, we’ve found that a public relations style approach can be a more effective means to use such media.

At Zigma8 360º Creative Communications, we make a point to find the right balance communications. By this we mean that we don’t necessarily set the goal of acquiring followers to brand’s Telegram channel – in fact, we occasionally suggest avoiding it in favour of concentrating direct marketing messages in other strategically targeted Telegram channels. These channels may be those of individual influencers, specialist interest or simply popular unofficial news channels. One huge benefit we’ve found with Telegram is it’s ability to share promotional videos, something that can’t otherwise be achieved through conventional methods in Iran. Not only can this help bring brands alive, but it can also help them feel more live by the speed in which we are able to reach audiences.

For now it seems very likely that Telegram will continue to grow and will continue to evolve as a marketing tool in Iran. The speed at which the app will evolve will no doubt make the writing above feel irrelevant very soon, but the for us at Zigma8, the principles remain the same, even though the media may change. So whether you chose to advertise on Telegram in Iran or not, we still pride ourselves on getting results, regardless of what the media mix. 5 Important Challenges of SEO for Digital Marketing in Iran What is important when you plan to do Video Advertising in Iran?